React Hooks: How to Step up Your React Game

The introduction of React Hooks at React Conf October 2018 was received with great enthusiasm by the React Community. “Why?” you might ask.

The main motivation behind the invention of React Hooks by the Core React Team was to introduce state management and side-effects in function components without needing to refactor them into class components as they did before.

This changes with Hooks: you can encase a side-effect in one hook with the respective setup and clean up steps.

But fear not: Hooks are backward-compatible!

Let’s see how Hooks work with two examples: the State Hook and the Effect Hook.

One of the most used hooks is: useState()

An example of a class component that has state management: 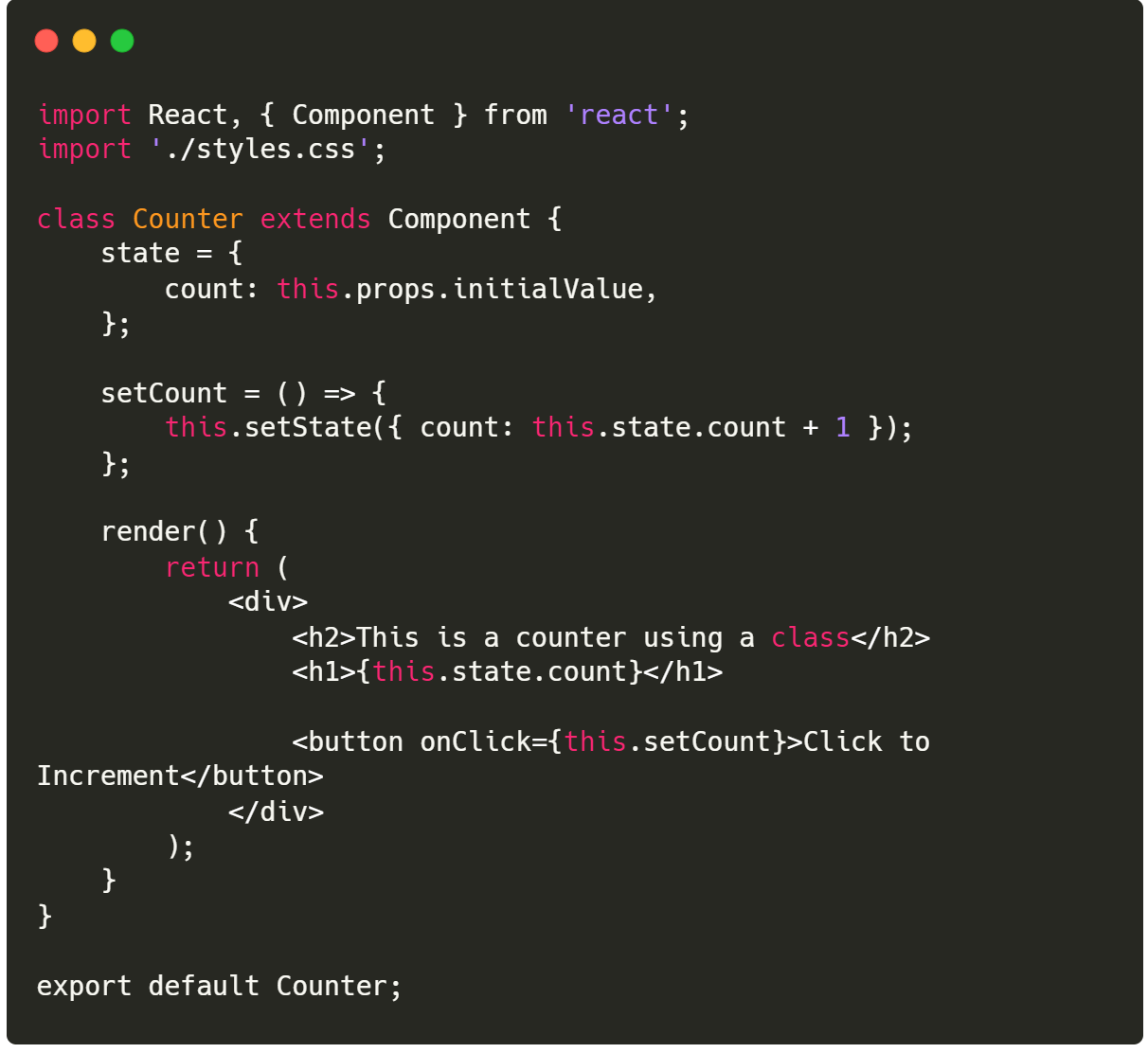 But what if we applied the useState Hook? 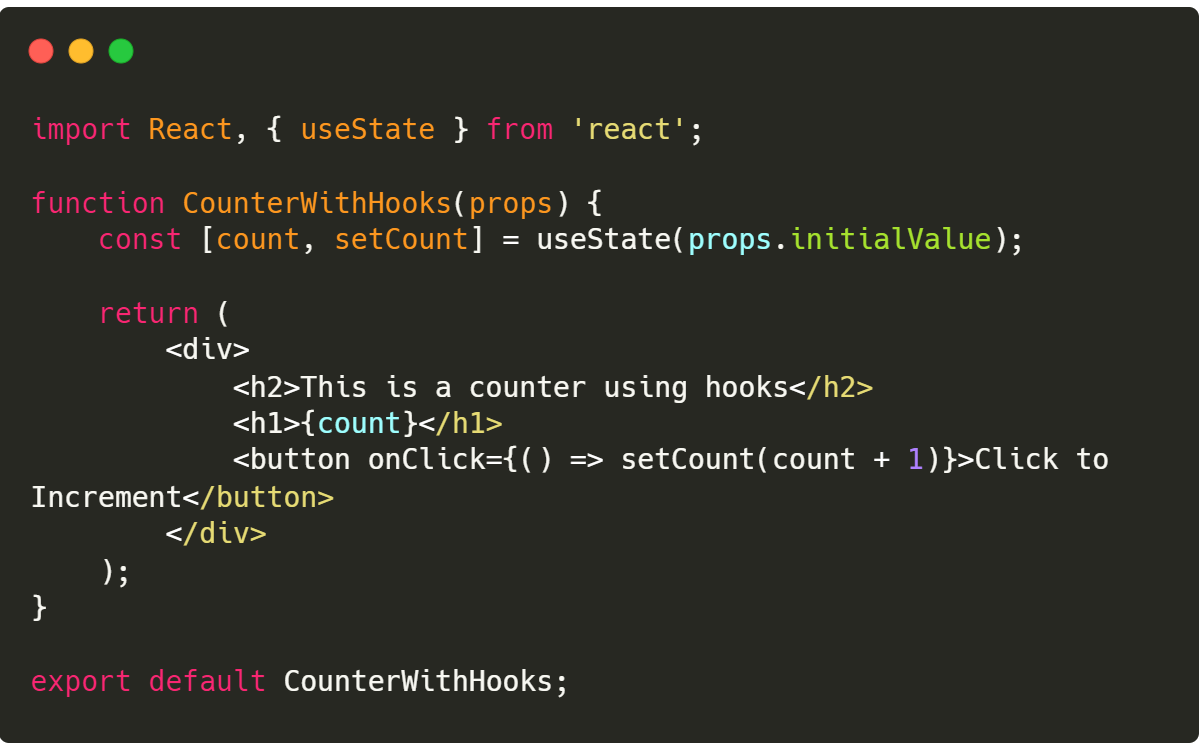 We applied the hook with:

What does useState() offer us?

What about this line of code?

The state hook variable count was placed within { } and, after it’s run as Javascript, the count is rendered.

Let’s compare it with the way it was done in the class-component example shown before with a state variable:

So with useState, we don’t need to use this. Much better right?

What about the following line?

In this line, the setCount function is used to change the count variable.

If the button is clicked then the count variable is increased by 1. As this constitutes a state change, a rendering is then triggered and an update of the view and the new count value.

But what if we need to use multiple state variables?

Here is a small example:

We are using 3 different independent state objects. If we need to update the number, we’ll call the setNumber() function. The same goes for count and title.

The state Hook allows us to manage the state. But what about side-effects?

An example of a side-effect can be an interaction with the Browser/DOM API or an external API to fetch data.

As discussed earlier, before when we were building functional components we couldn’t access the lifecycle methods in React. This can be changed by applying the Effect Hook. 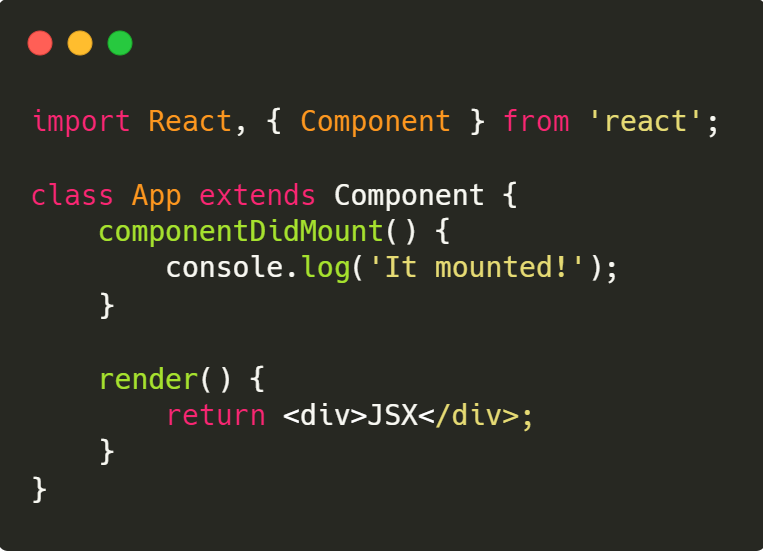 And now apply the Effect Hook: 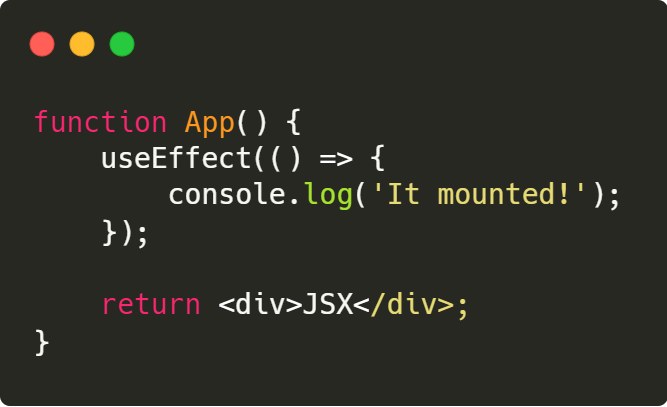 How does the effect hook work? Well, by default the effect hook runs on every render and re-render. If a change of state or in props triggers a new render, how can we guarantee it only runs when the component mounts?

We can make use of the second parameter in useEffect(): an array that lists the things that will cause the hook to run:

What about the equivalent to componentWillUnmount()? We can just return a function from the effect hook: 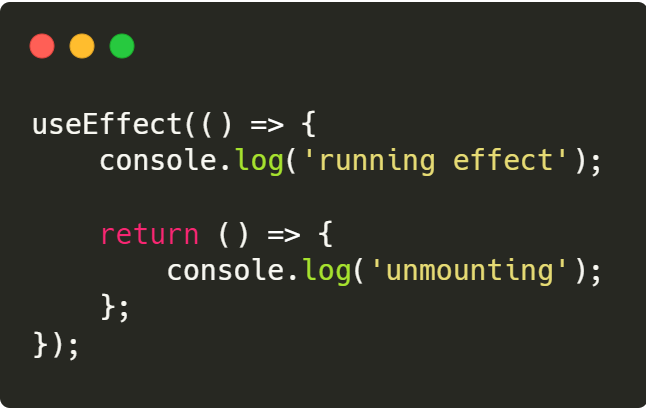 You can use the State and Effect Hooks together and reap both the benefits. 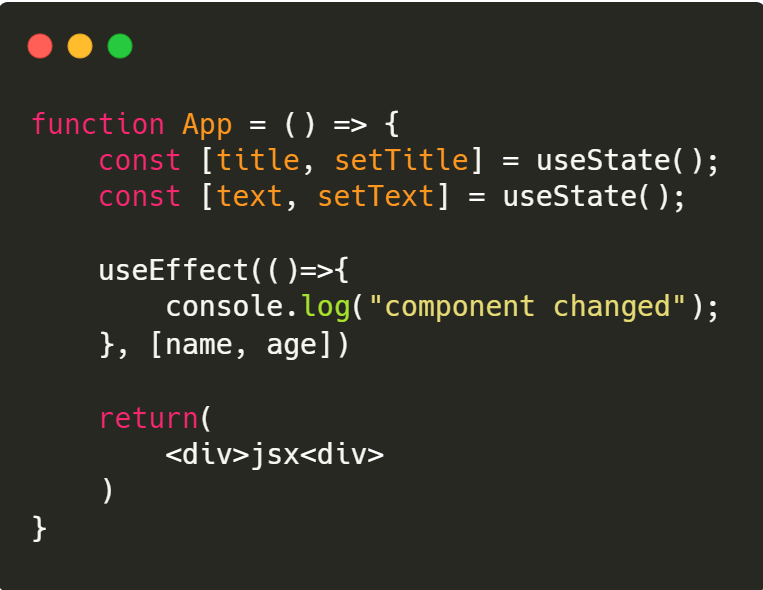 There are also other hooks that derive from the ones mentioned before or that are meant to be used in very specific cases. For example: use Reducer, useCallBack, and useMemo.

You can learn more about these in the respective section in the React official docs.

You can also build a custom hook that extracts component logic into reusable functions.

It’s a Javascript function that starts with use and that can also call other hooks and make use of them.

You can also learn more about them including checking an example here.

My hope is that after reading this article you can start incorporating Hooks in your React code and take advantage of their enormous potential. React Hooks are reusable and there is an extensive number of custom hooks made available by other developers that you can employ.

Links you can check to learn more about React Hooks:

I’ve been a frontend developer since 2017, specializing in the React ecosystem. In my spare time, I like to attend pub quiz events and learn new things. Other interests include Women in Tech, Animal Rights, and my two cats: Chu and Chibi.

Click below to speak to one of our team members.

Support Growin Team
Copyright © Growin ® 2020. All rights reserved.
× How can we help?